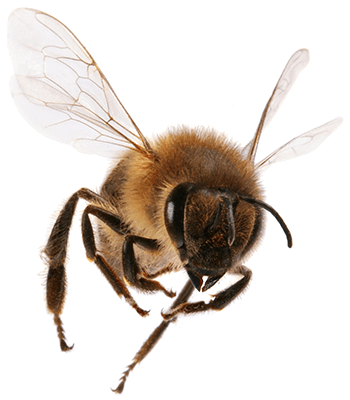 Are you looking for reliable and experienced pest control in Toronto?

Snap Pest Control provides safe and effective insect, rodent and unwanted wildlife, pest control services in Toronto and surrounding areas. Whether you have raccoons in your attic, mice or rats at your business location; bed bugs at home, or bees in the backyard, our certified and trained pest management specialists provide discreet and efficient pest control in Toronto at reasonable rates.

Protect Your Property and The People On It

Aside from the stress and nuisance of a bug or rodent infestation on your Toronto property, unwanted pests pose a threat to health and safety and can cause significant damage to a home or business. Don’t suffer needlessly or waste time and money on insufficient home pest control remedies. Snap Pest Control provides a team of experienced technicians who can provide proven pest control methods using advanced industry technology that is always effective yet safe for children and pets.

Following an initial inspection, Snap Pest Control recommends only the necessary and most appropriate services that eliminate pest problems and provide lasting peace of mind. Each of our programs is provided with a written guarantee and recommendations to avoid any recurrence.

Inexperienced applications of store bought pest control products are rarely effective and may be unsafe for pets and children. In addition, bugs, rodents and other pests are adept at taking up residence within your home or workplace in areas you may not even be aware of. Only a pest management professional can provide the expertise and industry-grade products to ensure your property is rendered and remains, pest free.

Joe is probably one of the most diligent person in this profession. He is on time, responsive and honest . He came back the second time to seal the cracks after wasp hives were removed at no charge. I would definitely recommend the service !

I had a problem with a squirrel in the attic (I did not know at that time what was it), I called some company which had rating 5 stars on google, two men came and did exterior inspection and told me, "Good news, you do not have any hole in the attic, so no racoon and no squirrel" I asked what is the noise from then, they said it must be rats or mice, call a pest control company we only work on wild life , they charged me $100 for inspection and left. (do not fall for them, the company name is famouse man raised in the jungle) When the problem continued, I did a better job by asking on nextdoor, and I found more than one recommends Joe from Snap Pest Control So I called him, it was obvious he is not like the first company, he said, I do not want to come and just get your money, get some surveillance to see what you have there, I installed a wireless camera in the attic, and I saw the squirrel family. I called joe again he came, found the place they enter from , which the other two men did not find, blocked it, after one week the family chew their way from another spot, I called him again, he came and this time he installed a wired mesh on all vents, he did not charge me much, comparing to what I hear from some companies, he is friendly and respects the time and appointments, he even helped me without asking in fixing something I could not do without long Ladder. I could have left a short review, but I believe by telling my story first you will be more confident to call him for the job. I hate to see others who have no clue or at least they do not care for people but for money get 5 stars and do nothing. If you want a non-greedy, honest, decent and professional help with your issue. Call Joe from Snap Pest Control Good luck

If you find nature had sent tenants into your house, call Joe and he'll make them leave. Thank you, Snap Pest Control team!

...READ MORE REVIEWS!
Call us Today For a Free Estimate